Toulouse is not the capital of the south-west France. But it is where begins the true south-west, the river Garonne is the real border between Languedoc on the right, and Gascony on the left. The other city with the same large influence, Bordeaux is no more the capital, because Bordeaux looks more to the atlantic ocean, and other lands (Charentes-Maritimes, La Rochelle), while Toulouse has his influence around 150/200 km from west to east and from south to north (central position between mediterranean sea and atlantic ocean).

In fact, South-West of France can be described as the junction of Gascony, Guyenne, and Pays Basque. And maybe some parts of Languedoc (Lauragais). This territory is characterized by his cuisine, his old culinar traditions : duck is often cooked, and is a large component of these traditions, with chicken. Foie gras, confit de canard ou d’oie (duck or goose), magret are the most famous recipes, still associated with french gastronomy, but except for foie gras cooked (or just primarily prepared, raw) also in Alsace (near Germany…), these are dishes from south-west. The true typical Toulousain dish is the Cassoulet, made with white beans, and saucisses de Toulouse (sausages), and sometimes confit d’oie ou de canard.

Toulouse is renowned for his cuisine, which is, in fact, typically south-west, it benefits from the near countries : Gers, Lot (wines from Cahors, even if the toulousain wine Fronton can be as good), Aveyron (alligot for instance). When you talk to people around the world that knows a little about France and his gastronomy they will respond by Paris (of course !), and Lyon, which is really the capital of french gastronomy. Toulouse is far behind these cities, but it would be unfair to consider it as a city with no culinar traditions : it’s patently false, and we can eat very well. The cruel reality is this city lacks of real gastronomic restaurants (like Michel Sarran, or the closed La Corde, see later), and offers more sympathetic restaurants, a journalist used once the expression “tables de copains” (friendly tables) to describe how we usually eat in Toulouse.

When friends or family come to see me (I live in Toulouse), we still take the opportunity to eat in town. Let’s give up dietary orthordoxy for a moment, I try to follow a realfood diet that leads me to avoid gluten products, fried food, sugary desserts…but I think, for special occasions, everyone should give up his own dogmas…except if you suffer from real allergies. Bread is everywhere in France. I don’t eat it at home, but…impossible to avoid it in restaurant, and it gives cheese (and wine !) memorable flavours…so ok, let’s forget paleo principles for a while.

I prefer talking about wonderful places where you should eat, not overrated restaurants, so I will talk first about them…

L’Entrecôte : it seems it is a canteen to me. Or a cafeteria. French fries are the worst I have eaten, and the meat is moderately good…ok the sauce is very particular but it’s too expensive…go elsewhere…no hesitation, no remorse, no regrets. You would saw a lot of people waiting for entering inside the restaurant, but it reminds me of sheeps… Overrated, sure, trust me.

La Boucherie,Hippopotamus,Pizza Pino : these are chain restaurants. Not so bad, but they offer food that is the same everywhere in France. If you want to eat “Toulousain”, please, avoid them.

Are you interested in medieval (or Renaissance) times ? Le Tranchoir  is for you ! I especially recommend “Le pluma de porc noir”. Le porc noir is a type of pork from near Bigorre (Mountains of Pyrénées), which could have disappeared : in the nineties, farmers decided to promote the race, and it was a nice initiative, because this type of pork is raised successful in “human” conditions, the beast don’t suffer like those in CAFO conditions. Don’t forget to drink both hydromel and hypocras : these are wonderful beverages !

Maybe you are seeking for a more ‘toulousaine’ or ‘gasconne’ cuisine ? Ok, quite expensive, but delicious too, you have the possibility to eat at Le Bon Vivre (Place Wilson) : ok…as I said, quite expensive. But you will never be disappointed. In the same style, go to “Chez Emile” (Place St Georges), his cassoulet is very good, last time I went to, I could not finish my plate.

If you are over 4 I recommend Le Picotin (you eat with your hands and fingers, no forks, no knives !) : please choose a floc de Gascogne as aperitif ! Les Caves de la Maréchale, still in a convivial and friendly style offers a more refined cuisine. You can appreciate the typical red bricks from the center of Toulouse.

In a more gastronomic way, RIP to La Corde, this restaurant has closed his doors for a few years. I’m so sorry…it was the oldest restaurant in Toulouse, and their dishes were really fabulous…I cannot tell you about Les Jardins de l’Opera, because I never have been to : a friend of mine goes to, and he was disappointed. If you really want some quality, whatever if it costs too much, go to Michel Sarran : he is probably the most famous restaurant in Toulouse, with 3 stars on the Michelin Guide (if I can remember correctly).

I forget lots of restaurants I liked to go, like Le Capaddoce who cooks in the mediterranean/oriental style (more greek/turkish/libanese than italian/spanish), L’Aubrac (lots of charcuterie…oh yeah…lots of…illimited), Les Copains d’Abord (a song from Georges Brassens), Le 34 (where you can buy typical products), all of these are really good. You won’t be disappointed.

6 commentaires sur “Where (not) to eat in Toulouse ?” 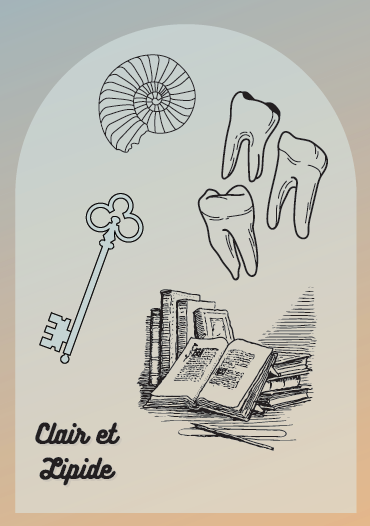